This is more a cultural post, and is not as in depth as it may seem! A brief break from Fire Emblem Fates things today to talk about this.

Today is the Tanabata Festival in Japan. Tanabata 七夕 (the seventh night) takes place on July 7th every year (in some areas of Japan), and is also known as the “Star Festival.” The legend goes that Orihime (represented by the star Vega) and Hikoboshi (represented by the star Altair) are lovers separated by the Milky Way and are only allowed to meet once a year on the seventh night of the seventh month. It is a rather “star crossed lovers” plot, though not exactly tragic as one may expect.

On this day, wishes are written on strips of paper and attached to wish trees. It is usually written by those in elementary school, but some provinces still decorate their streets quite elaborately.

On another note, sometimes this festival takes place a month later on August 7th, or anywhere in between, as it was originally based on the seventh night of the seventh month of a lunar calender.

You can read more about the origins of the festival as well as the story behind Orihime and Hikoboshi here or on wikipedia, or by just searching some culture blogs.

What I wanted to talk about was just various media you may have seen that reference Tanabata in some form or another, be it via a reference of a character’s birthday, or from the strips of paper attached to something.

This is not an exhaustive list at all. In fact, these are the first few things that come to mind in memory. There are plenty more examples out there! Feel free to provide anymore you don’t see here in the comments and I may add them too!

Characters with July 7th for a birthday, where they’re from, and why?

For birthdays, it seems the personality of those born on this day usually has something to do with perfection in some way along with terrible luck when it comes to matters of love. Two examples that come to mind below:

A famous example from anime, Kagami Hiiragi is one of two twins born on July 7th. Though she is great at her studies and skillful at (some) things she does, she has terrible luck when it comes to romance. Referring back to the star crossed lovers, this may be very well fitting! It has been awhile since I saw this show, but I’m sure they (most likely Konata) made a reference to the birthdate and her somewhere in there.

However, her twin sister who isn’t as perfect does not really suffer any of the July 7th birthday issues, so that can be taken as an exception.

Orihime and Hikoboshi can only meet once a year, while Cordelia and Chrom are with each other, but can never actually marry. Cordelia watches and adores him from afar, but is otherwise hopeless and star crossed in this sense. However, Cordelia is quite capable of anything she sets to do, perfect of her art. This is also a shared trait with the two featured in the original story who were great at what they did but would lose focus when with each other.

Tanabata in some other things: 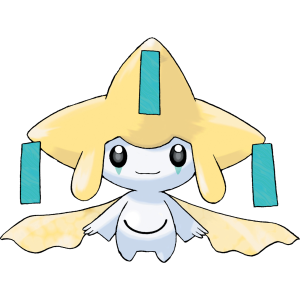 This is probably the best example of Tanabata in any media I can think of, and that is Jirachi from Pokemon! The tags on the star shaped head are pretty telling of the strips of paper one writes their wishes on that are attached to the tree. The star shaped head represents the two stars of the story  (pun intended), and the “clothing” looks akin to the traditional clothes that are often associated with the two (see the top picture). In addition to just appearance, Jirachi is known to grant wishes. That’s a pretty straightforward connection!

Some other things of note is that along with the relation to July 7th is an association with cycles of millennia (1,000 years). In the Pokemon anime, Jirachi awakens during the Millennial Comet’s passing. I only point this out because it sort of relates to the next category.

A final note, this week Pokemon Shuffle features Jirachi as an event Pokemon. Likely in celebration for the fact Tanabata is today, too! 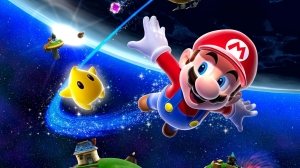 This one is sort of reaching. The only actual relation is that Mario Galaxy revolves around a “Star Festival” which features a comet that only flies by once every hundred years. Mario has always been about collecting Power Stars, and so it may not be rooted in Tanabata as much as it simply is within itself.

Though, something about comets and stars together, I suppose due to the “shooting star” sort of theme, that some of these crossover. The comet with Jirachi and here in Mario. This is going a little off topic though…

So anyone else have Tanabata-tastic things they noticed in Japanese (or even Western) video games or anime? : ) I’m actually curious to hear more. Know anybody born on July 7th? Are they like this? (I know one, and it fits, which is a little silly).