The Making of Fire Emblem: 25 Years of Development History contains some fun trivia regarding the series. You can find all the information I translated thus far in one place here.

This post is about the never-released Fire Emblem Wii. According to interviews within the book, it was in development after Radiant Dawn (FE10) but was canceled due to the project having no real aim. Below are some design documents from the book. I provide the translated image below, followed by some commentary, and finally the transcript below. The interview regarding this game can be found here.

As you can imagine, the process of doing all this took a lot of time, and I am unemployed…so if you like what I did, then please consider donating! It helps fund buying more fun books and magazines to translate. : ) 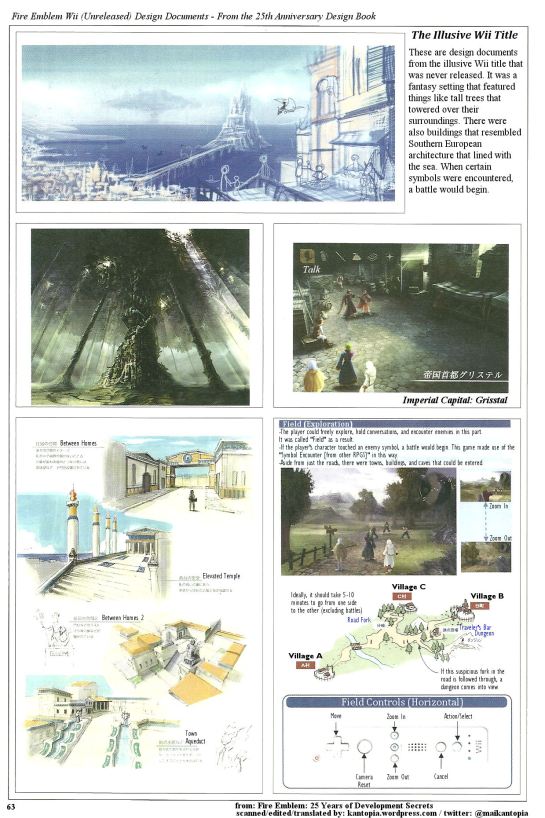 Below is the transcript for the two main bodies of text:

These are the design documents for the illusive Wii title that was never released. It was a fantasy setting that featured things like tall trees that towered over their surroundings. There were also buildings that resembled the style of Southern European architecture that lined with the sea. When certain symbols were encountered, a battle would begin.