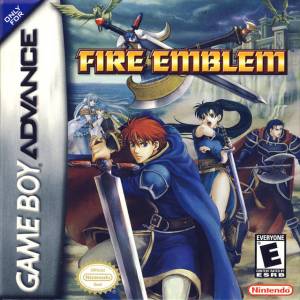 Today’s post looks at a minor translation error that caused some confusion in the seventh Fire Emblem game, known to fans as Blazing Blade (or just Fire Emblem) in the west.

A young swordsman known as Guy has an epilogue that is a little confusing in the official localization of the game. Namely, for fans who played FE6 (Binding Blade, chronologically a sequel to this game), who know that the swordmaster Karel goes on to be known as the “Sword Saint.”

So did Guy become the Sword Saint? Or did Karel? Or did they both?

END_OF_DOCUMENT_TOKEN_TO_BE_REPLACED

The latest of my daily scan/clean/translation of  Fire Emblem if (Fates): 4Koma Kings (ファイアーエムブレムif 4コマKINGS).

This is an individual post for Page 108. The compilation post that features all pages thus far is here!

I do not post the raw scans here, but you may email if you want them to compare translations! I do at least one page per day.

All scanning, editing, translating, and uploading is done on my free time and is rather time consuming. It is certainly a lot of work… so please consider donating if you like the work I do. Any amount (no matter how small) is much appreciated and helps me keep going on a daily basis. I hope you enjoy the end results of my work! (If the donate link doesn’t work, try the button on the side -> )