Thanks to the tireless work of Elieson over on serenesforest.net, we can take a look at the break downs by game!

Today we will focus on FE4 (Genealogy of the Holy War) and FE5 (Thracia 776), which collectively make up the Jugdral games.

FE4 is quite different than other games in the series in terms of how massive each individual map is, and is the game that featured the introduction of a unit pairing and child mechanic. However, the game was never released outside of Japan, and so also suffers from a lack of worldwide presence. The characters are also rarely featured outside the game, and there are no planned remakes that we are aware of (unlike Gaiden, which will be remade as Shadows of Valentia).

However, Fire Emblem Heroes released Seliph and Julia today as characters, so they should start to gain some exposure to a wider audience soon enough. Curiously, they released these two characters despite not placing as high, but this is potentially due to the sibling emphasis (as Eirika and Ephraim were also featured for their sibling status).

Sigurd made it to the top, being the featured protagonist for the earlier levels. This makes sense as he would stick out to many who may have played the game but never completed it. Seliph, who can be considered the other protagonist, was placed notably lower on the list, possibly due to the later game appearance. Of course, this is not to discount unit potential, appearance, and personality.

Likewise, Ayra placed highest female, despite Deirdre (who placed much lower at 23) arguably being of great significance too. The numbers are rather interesting in that way.

Finn placed higher on Famitsu’s Fire Emblem character popularity poll last year in 9th place ahead of Ephraim in 10th. That status certainly does not repeat here, likely due to the poll being open to a western audience. Thus FE8 characters would place generally higher, among other factors.

The game’s characters are pretty evenly spread after the 100s, but also features quite a presence on the lowest tiers (700s). The game features Hilda as the lowest overall ranked female character of the series according to this poll, too.

The overall votes for the game were fourth last overall, but still outdid the next in line (its sequel, Thracia 776) by nearly 3 times. It also scored more than Mystery of the Emblem, which was likely hurt by split votes with Shadow Dragon due to largely similar cast and lack of worldwide release. 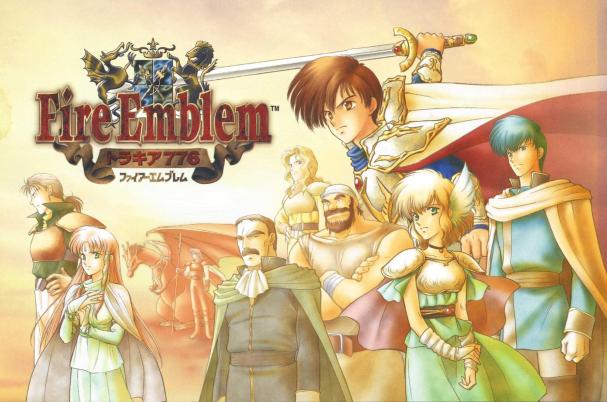 Considered one of the hardest games of the series, Thracia 776 is also series’ creator Shouzou Kaga’s last Fire Emblem game. It too was never released outside of Japan.

Leif and Finn (both characters who were also in FE4) placed highest here. This is the only time two male characters place as the top 2 in any of the Fire Emblem games. They would be more recognizable to fans of the previous games, as well as those who may have looked back on the series through promotions (such as Awakening DLC).

Despite that, Alm and Celica from the lower-overall scoring Gaiden still both scored higher individually than the top two of this game. Of course, Leif and Finn do suffer split votes from FE4, which may be one of many factors to account for this.

Both games hold the lowest records (FE4 has the lowest female, Hilda, and FE5 has the lowest male, Glade), despite the fact they had more overall votes than Gaiden. This can be pinned to larger casts and hence greater voter distribution, as the top scorers on both games did not have a too large a gap between them and those below them on the chart (meaning it was more evenly distributed than the top-heavy Gaiden).

The top scorers of FE4 were characters you see earlier on in the game, compared to the child characters that come later. The top two of FE5 were two characters featured in FE4 as well.

Both being unreleased outside of Japan as well as notable for their difficulty and massive maps (in the case of FE4) would make them one of the more obscure games of the series next to Gaiden, and the little exposure and advertising done within later games of the series are all factors that led to the low overall scores and representation.

That wraps up the often overlooked Jugdral games! We depart Shouzou Kaga’s Fire Emblem for the new GBA era that came about with Binding Blade and Blazing Blade (the Elibe games) tomorrow! We will also enter the realm of the first Fire Emblem game to hit the western shores, being FE7 (Blazing Blade).

As usual, feel free to leave any comments you may have or observations of your own below! 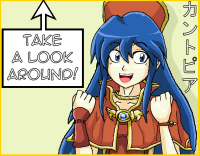