This post is part of my ongoing translations of the Fire Emblem: Radiant Dawn Memorial Book: Tellius Recollection (Vol 2).

This post features Brom, a returning character from Path of Radiance.

His Path of Radiance profile can be seen here.

You can find every translation I’ve done on this book so far on the compilation post here! 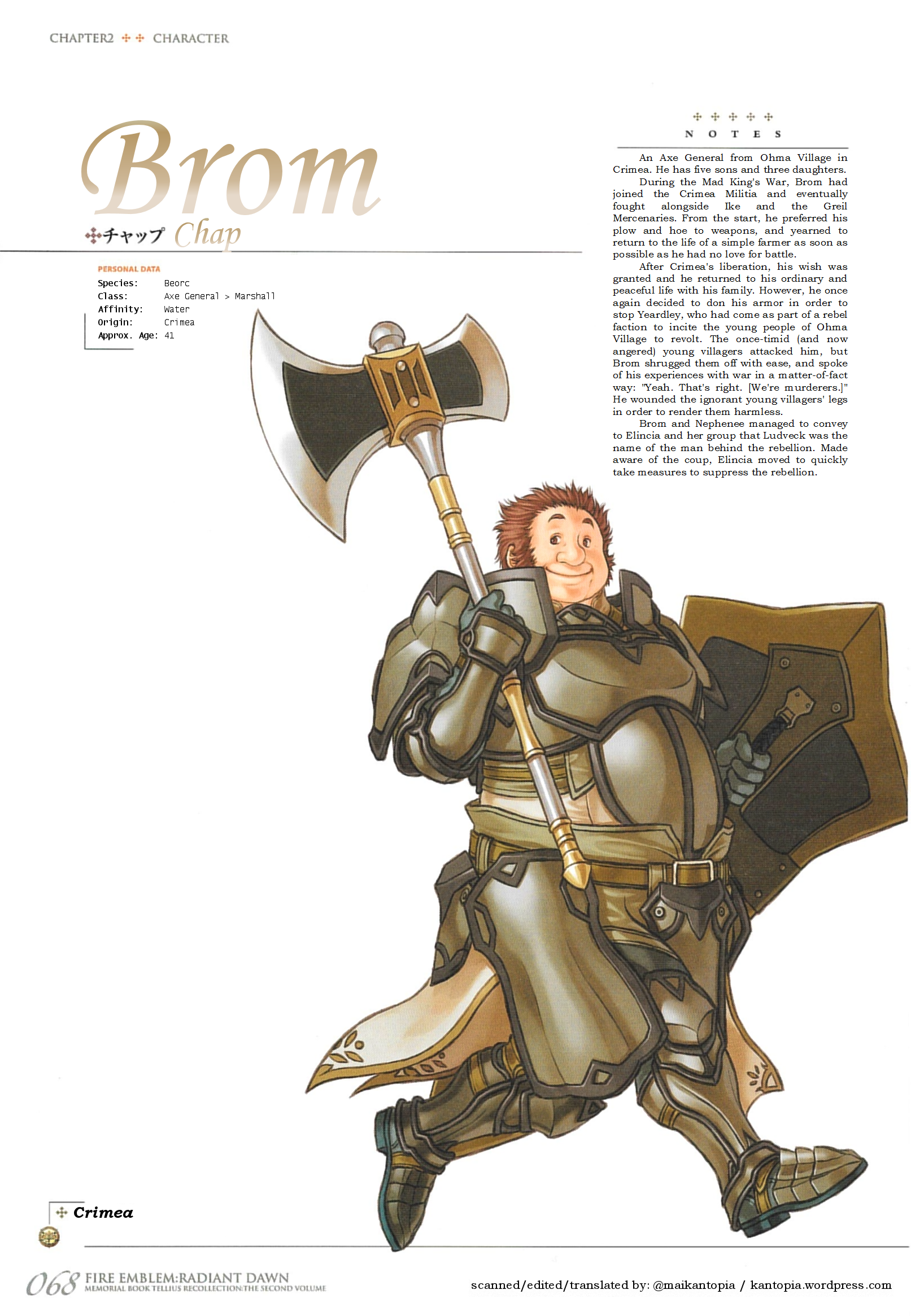 As you can imagine, the process of doing all this (scanning, editing, translating, etc) takes a lot of time…so if feeling generous, than please consider donating! It helps fund future projects. : )

An Axe General from Ohma Village in Crimea. He has five sons and three daughters.
During the Mad King’s War, Brom had joined the Crimea Militia and eventually fought alongside Ike and the Greil Mercenaries.
From the start, he preferred his plow and hoe to weapons, and yearned to return to the life of a simple farmer as soon as possible as he had no love for battle.
After Crimea’s liberation, his wish was granted and he returned to his ordinary and peaceful life with his family. However, he once again decided to don his armor in order to stop Yeardley, who had come as part of a rebel faction to incite the young people of Ohma Village to revolt. The once-timid (and now angered) young villagers attacked him, but Brom shrugged them off with ease, and spoke of his experiences with war in a matter-of-fact way: “Yeah. That’s right. [We’re murderers.]” He wounded the ignorant young villagers’ legs in order to render them harmless.
Brom and Nephenee managed to convey to Elincia and her group that Ludveck was the name of the man behind the rebellion. Made aware of the coup, Elincia moved to quickly take measures to suppress the rebellion.