Today’s post features Delthea and Luthier. Their profiles were translated by VincentASM of serenesforest.net! A big thank you to them. 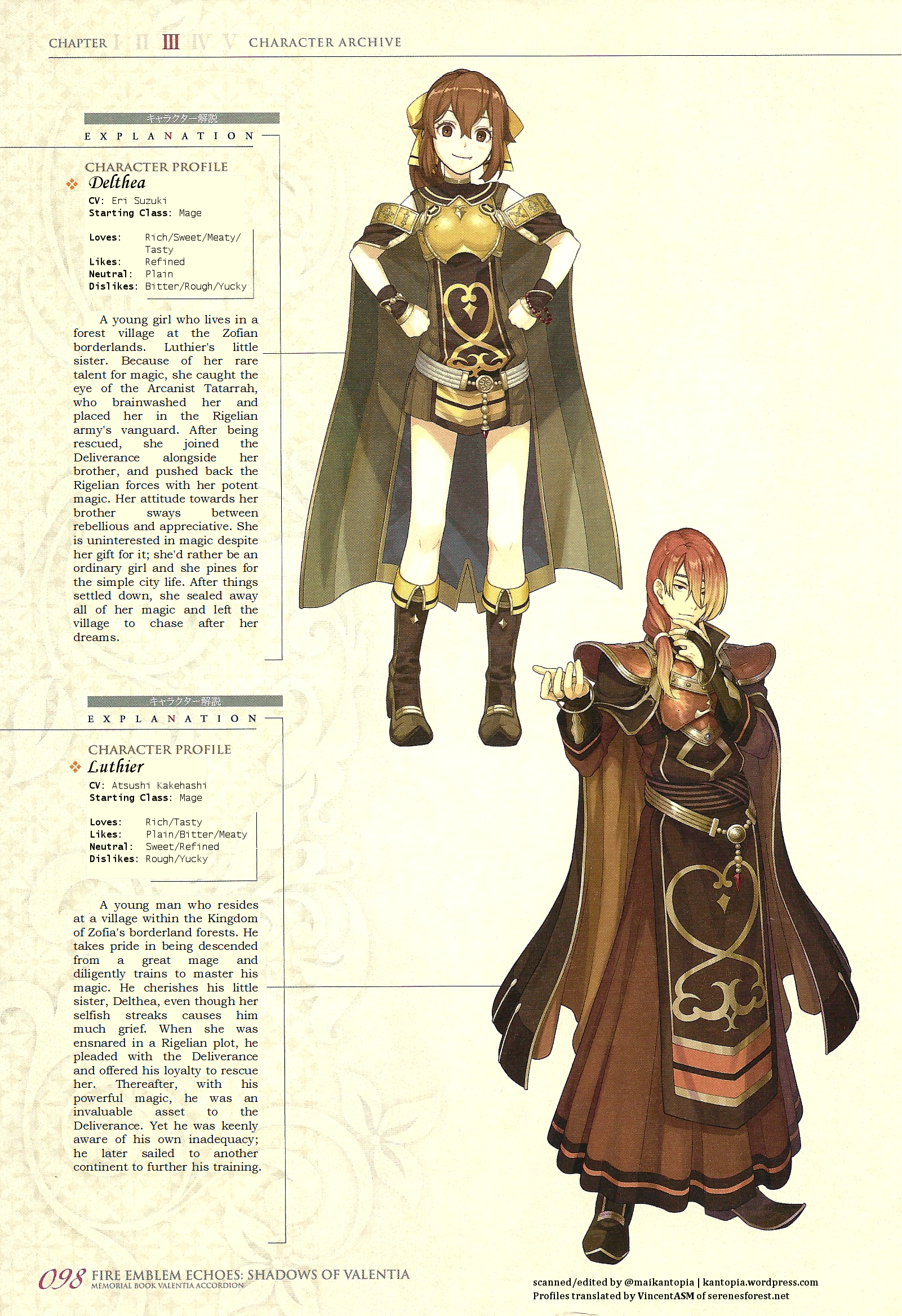 A young girl who lives in a forest village at the Zofian borderlands. Luthier’s little sister. Because of her rare talent for magic, she caught the eye of the Arcanist Tatarrah, who brainwashed her and and placed her in the Rigelian army’s vanguard. After being rescued, she joined the Deliverance alongside her brother, and pushed back the Rigelian forces with her potent magic. Her attitude towards her brother sways between rebellious and appreciative. She is uninterested in magic despite her gift for it; she’d rather be an ordinary girl and she pines for the simple city life. After things settled down, she sealed away all of her magic and left the village to chase after her dreams.

A young man who resides at a village within the Kingdom of Zofia’s borderland forests. He takes pride in being descended from a great mage and diligently trains to master his magic. He cherishes his little sister, Delthea, even though her selfish streaks causes him much grief, so when she was ensnared in a Rigelian plot, he pleaded with the Deliverance and offered his loyalty to rescue her. Thereafter, with his powerful magic, he was an invaluable asset to the Deliverance. Yet he was keenly aware of his own inadequacy; he later sailed to another continent to further his training.