Today’s post features Lukas and Mathilda. Their profiles were translated by guest translators @zezecakes and  @odonasty respectively. Thanks for the help you two! 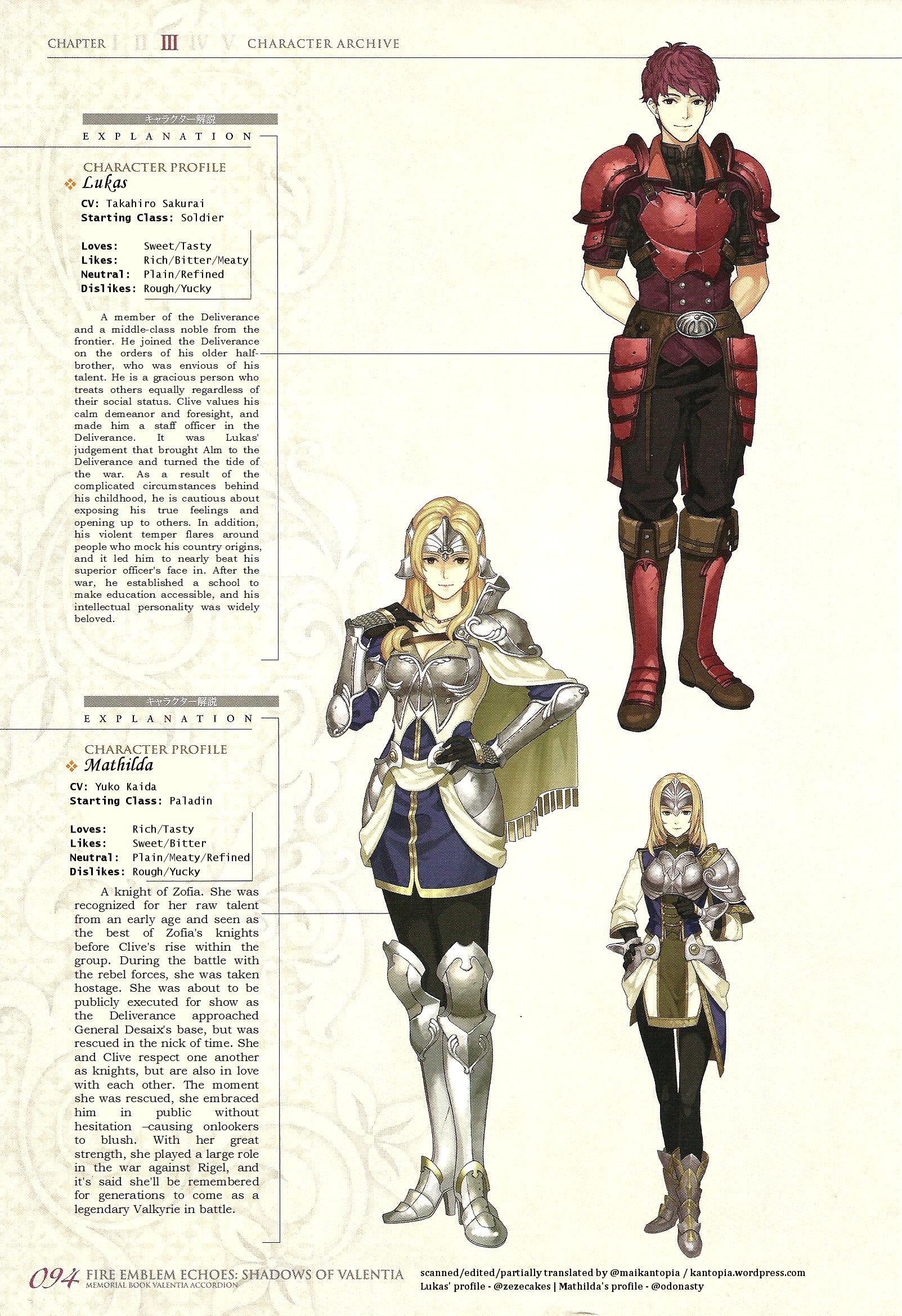 A member of the Deliverance and a middle-class noble from the frontier. He joined the Deliverance on the orders of his older half-brother, who was envious of his talent. He is a gracious person who treats others equally regardless of their social status. Clive values his calm demeanor and foresight, and made him a staff officer in the Deliverance. It was Lukas’ judgement that brought Alm to the Deliverance and turned the tide of the war. As a result of the complicated circumstances behind his childhood, he is cautious about exposing his true feelings and opening up to others. In addition, his violent temper flares around people who mock his country origins, and it led him to nearly beat his superior officer’s face in. After the war, he established a school to make education accessible, and his intellectual personality was widely beloved.

A Knight of Zofia. She was recognized for her raw talent from an early age and seen as the best of Zofia’s knights before Clive’s rise within the group. During the battle with the rebel forces, she was taken hostage. She was about to be publicly executed for show as the Deliverance approached General Desaix’s base, but was rescued in the nick of time. She and Clive respect one another as knights, but are also in love with each other. The moment she was rescued, she embraced him in public without hesitation –causing onlookers to blush. With her great strength, she played a large role in the war against Rigel, and it’s said she’ll be remembered for generations to come as a legendary Valkyrie in battle.