Today’s post features Silque and Mycen Their profiles were translated by VincentASM of serenesforest.net! A big thank you to them. 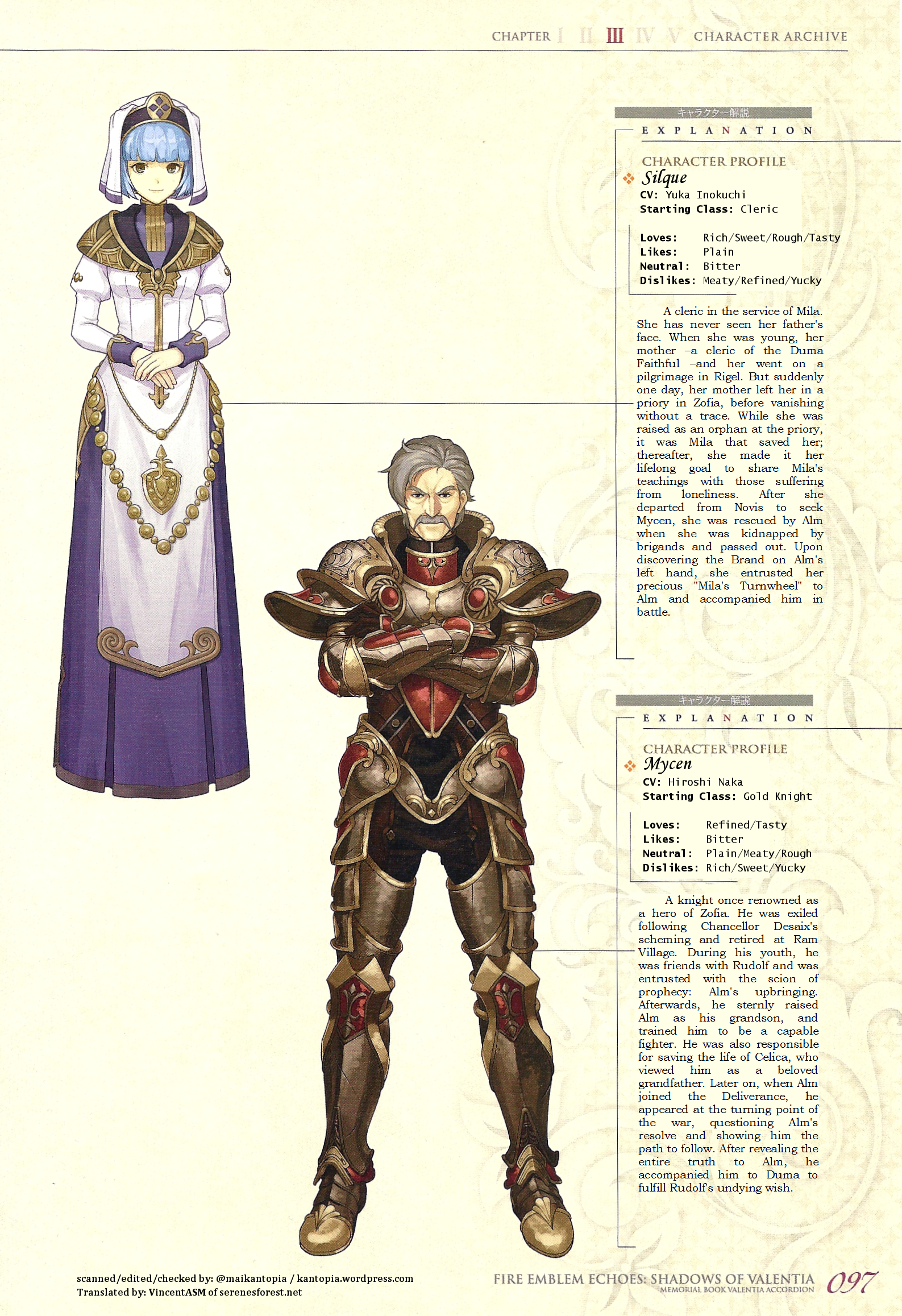 A cleric in the service of Mila. She has never seen her father’s face. When she was young, her mother–a cleric of the Duma Faithful–and her went on a pilgrimage in Rigel. But suddenly one day, her mother left her in a priory in Zofia, before vanishing without a trace. While she was raised as an orphan at the priory, it was Mila that saved her; thereafter, she made it her lifelong goal to share Mila’s teachings with those suffering from loneliness. After she departed from Novis to seek Mycen, she was rescued by Alm when she was kidnapped by brigands and passed out. Upon discovering the Brand on Alm’s left hand, she entrusted her precious “Mila’s Turnwheel” to Alm and accompanied him in battle.

A knight once renowned as a hero of Zofia. He was exiled following Chancellor Desaix’s scheming and retired at Ram Village. During his youth, he was friends with Rudolf and was entrusted with the scion of prophecy: Alm’s upbringing. Afterwards, he sternly raised Alm as his grandson, and trained him to be a capable fighter. He was also responsible for saving the life of Celica, who viewed him as a beloved grandfather. Later on, when Alm joined the Deliverance, he appeared at the turning point of the war, questioning Alm’s resolve and showing him the path to follow. After revealing the entire truth to Alm, he accompanied him to Duma to fulfill Rudolf’s undying wish.