Today’s post features Alm. His profile were translated by VincentASM of serenesforest.net! Thanks! 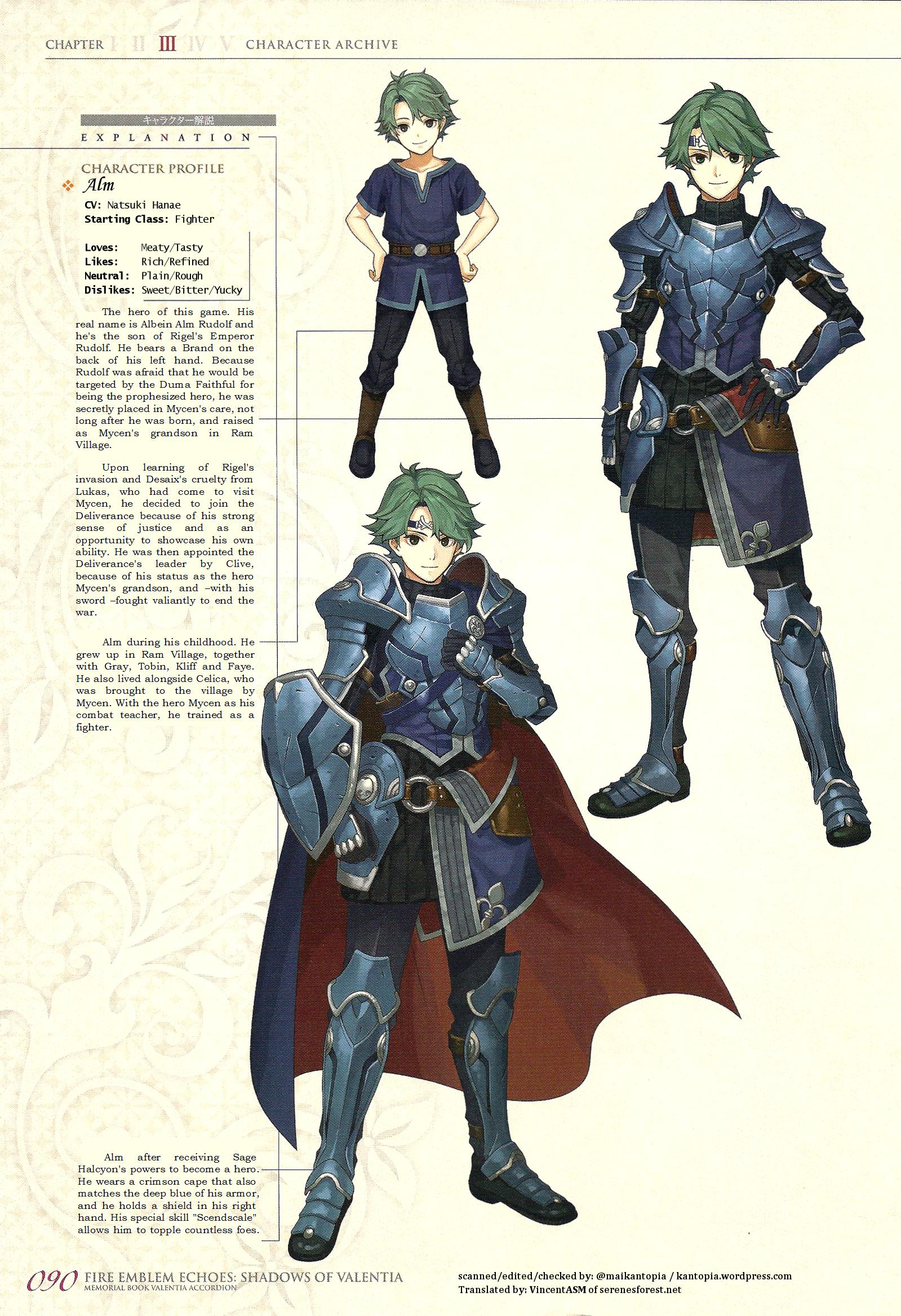 The hero of this game. His real name is Albein Alm Rudolf and he’s the son of Rigel’s Emperor Rudolf. He bears a Brand on the back of his left hand. Because Rudolf was afraid that he would be targeted by the Duma Faithful for being the prophecised hero, he was secretly placed in Mycen’s care, not long after he was born, and raised as Mycen’s grandson in Ram Village.

Upon learning of Rigel’s invasion and Desaix’s cruelty from Lukas, who had come to visit Mycen, he decided to join the Deliverance because of his strong sense of justice and as an opportunity to showcase his own ability. He was then appointed the Deliverance’s leader by Clive, because of his status as the hero Mycen’s grandson, and–with his sword–fought valiantly to end the war.

Alm during his childhood. He grew up in Ram Village, together with Gray, Tobin, Kliff and Faye. He also lived alongside Celica, who was brought to the village by Mycen. With the hero Mycen as his combat teacher, he trained as a fighter.

Alm after receiving Sage Halcyon’s powers to become a hero. He wears a crimson cape that also matches the deep blue of his armor, and he holds a shield in his right hand. His special skill “Scendscale” allows him to topple countless foes.