Today’s post features Celica. Her profile was translated by VincentASM of serenesforest.net! Thanks! 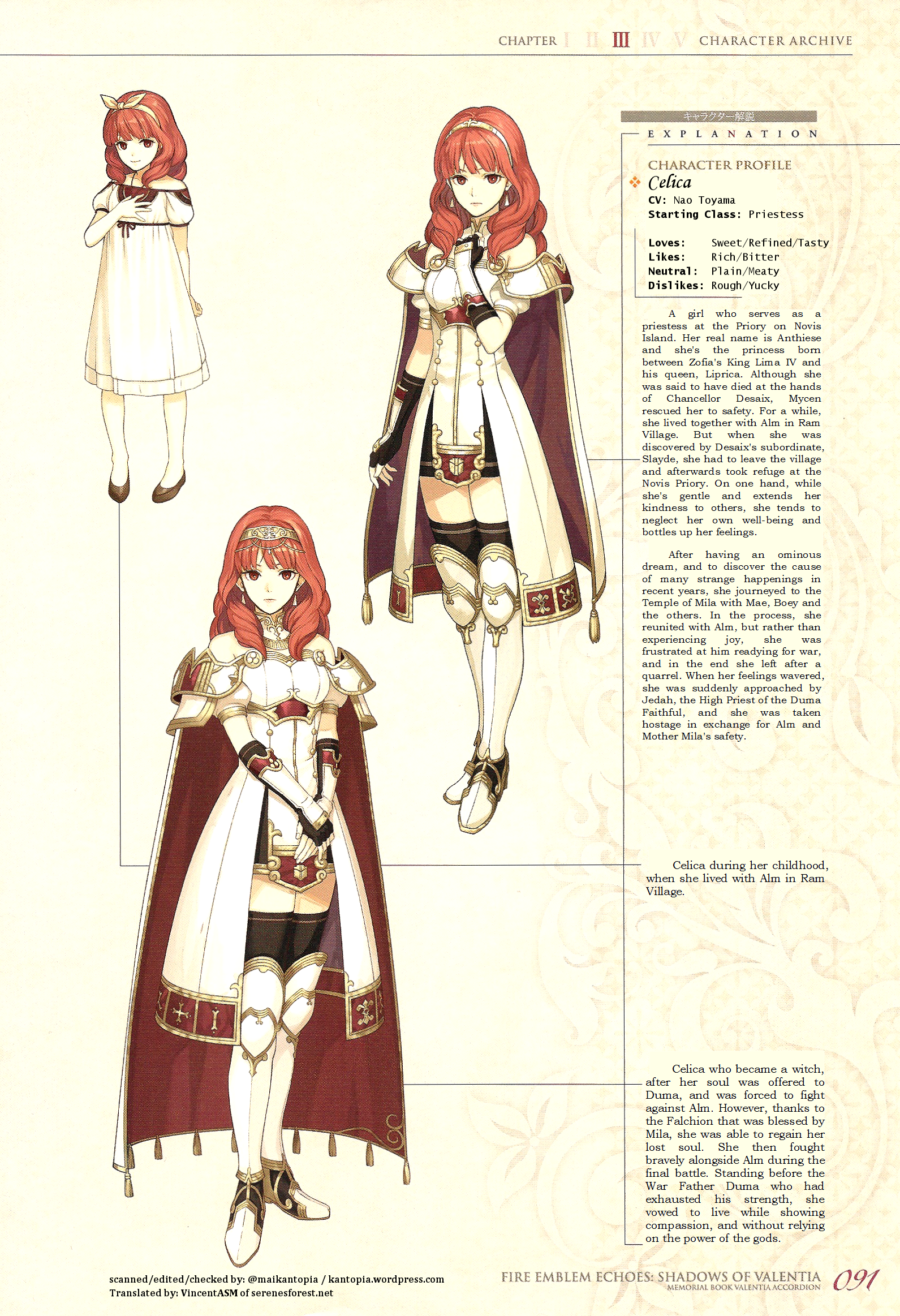 A girl who serves as a priestess at the Priory on Novis Island. Her real name is Anthiese and she’s the princess born between Zofia’s King Lima IV and his queen, Liprica. Although she was said to have died at the hands of Chancellor Desaix, Mycen rescued her to safety. For a while, she lived together with Alm in Ram Village. But when she was discovered by Desaix’s subordinate, Slayde, she had to leave the village and afterwards took refuge at the Novis Priory. On one hand, while she’s gentle and extends her kindness to others, she tends to neglect her own well-being and bottles up her feelings.

After having an ominous dream, and to discover the cause of many strange happenings in recent years, she journeyed to the Temple of Mila with Mae, Boey and the others. In the process, she reunited with Alm, but rather than experiencing joy, she was frustrated at him readying for war, and in the end she left after a quarrel. When her feelings wavered, she was suddenly approached by Jedah, the High Priest of the Duma Faithful, and she was taken hostage in exchange for Alm and Mother Mila’s safety.

Celica during her childhood, when she lived with Alm in Ram Village.

Celica who became a witch, after her soul was offered to Duma, and was forced to fight against Alm. However, thanks to the Falchion that was blessed by Mila, she was able to regain her lost soul. She then fought bravely alongside Alm during the final battle. Standing before the War Father Duma who had exhausted his strength, she vowed to live while showing compassion, and without relying on the power of the gods.