Today’s profiles were translated by @umbran_sisters on twitter! Thanks! 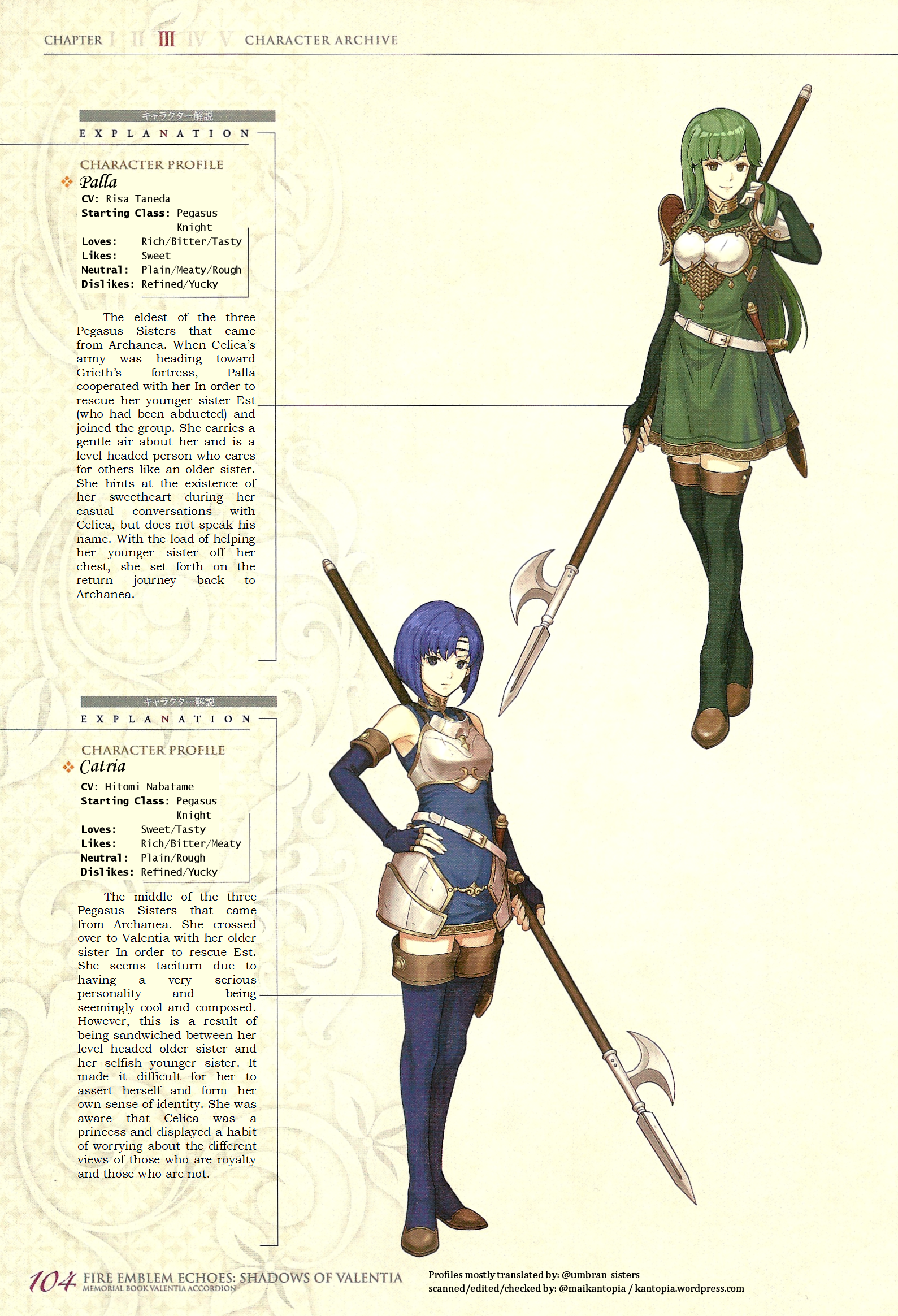 The eldest of the three Pegasus Sisters that came from Archanea. When Celica’s army was heading toward Grieth’s fortress, Palla cooperated with her In order to rescue her younger sister Est (who had been abducted) and joined the group. She carries a gentle air about her and is a level headed person who cares for others like an older sister. She hints at the existence of her sweetheart during her casual conversations with Celica, but does not speak his name. With the load of helping her younger sister off her chest, she set forth on the return journey back to Archanea.

The middle of the three Pegasus Sisters that came from Archanea. She crossed over to Valentia with her older sister In order to rescue Est. She seems taciturn due to having a very serious personality and being seemingly cool and composed. However, this is a result of being sandwiched between her level headed older sister and her selfish younger sister. It made it difficult for her to assert herself and form her own sense of identity. She was aware that Celica was a princess and displayed a habit of worrying about the different views of those who are royalty and those who are not.