Today’s character was translated by guest translator @umbran_sisters. Thanks for the help! 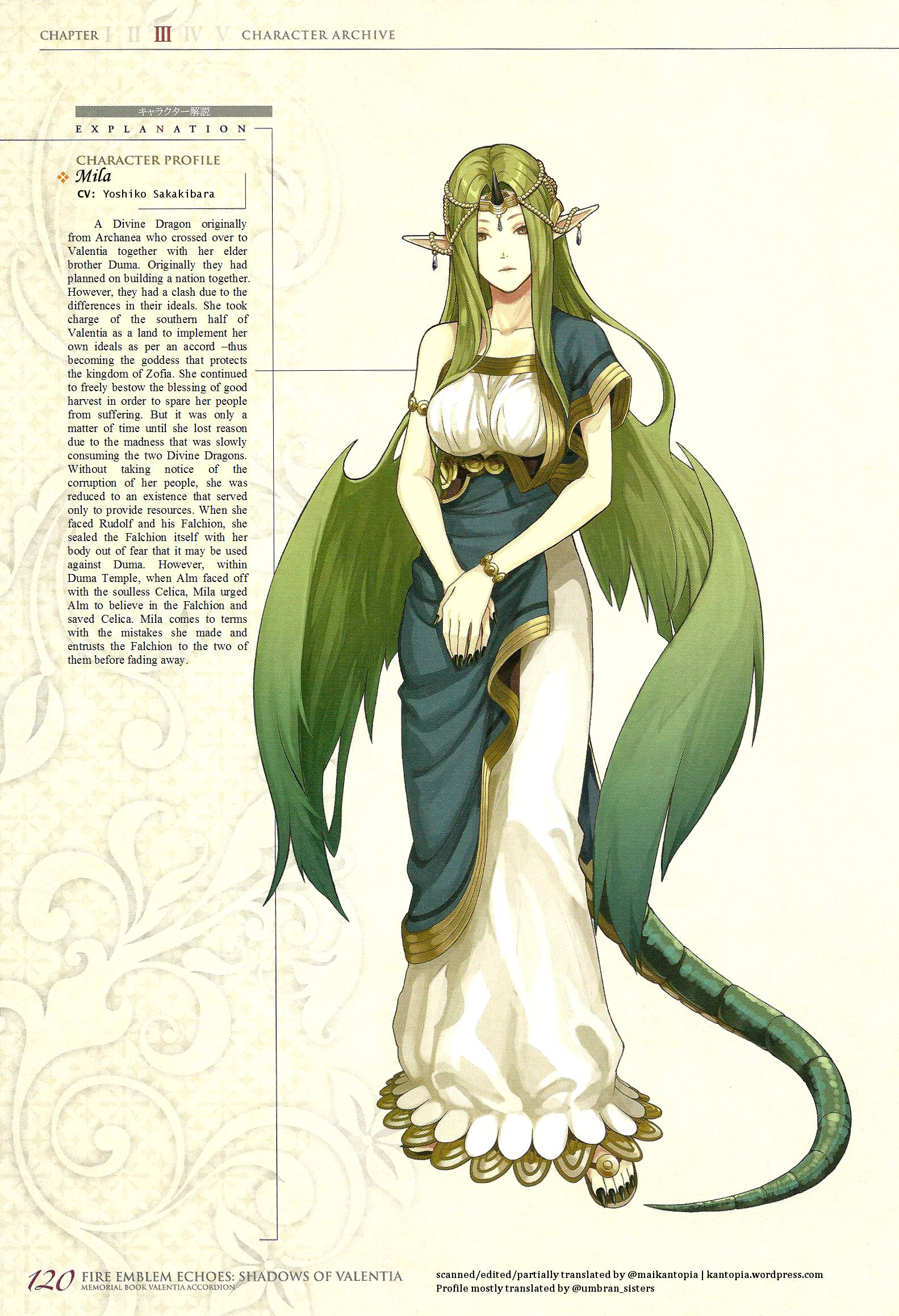 A Divine Dragon originally from Archanea who crossed over to Valentia together with her elder brother Duma. Originally they had planned on building a nation together. However, they had a clash due to the differences in their ideals. She took charge of the southern half of Valentia as a land to implement her own ideals as per an accord –thus becoming the goddess that protects the kingdom of Zofia. She continued to freely bestow the blessing of good harvest in order to spare her people from suffering. But it was only a matter of time until she lost reason due to the madness that was slowly consuming the two Divine Dragons. Without taking notice of the corruption of her people, she was reduced to an existence that served only to provide resources. When she faced Rudolf and his Falchion, she sealed the Falchion itself with her body out of fear that it may be used against Duma. However, within Duma Temple, when Alm faced off with the soulless Celica, Mila urged Alm to believe in the Falchion and saved Celica. Mila comes to terms with the mistakes she made and entrusts the Falchion to the two of them before fading away.