Today’s page was helpfully translated by Ree, who goes by mystletainn on tumblr. She is also known as @theogcamus on twitter. 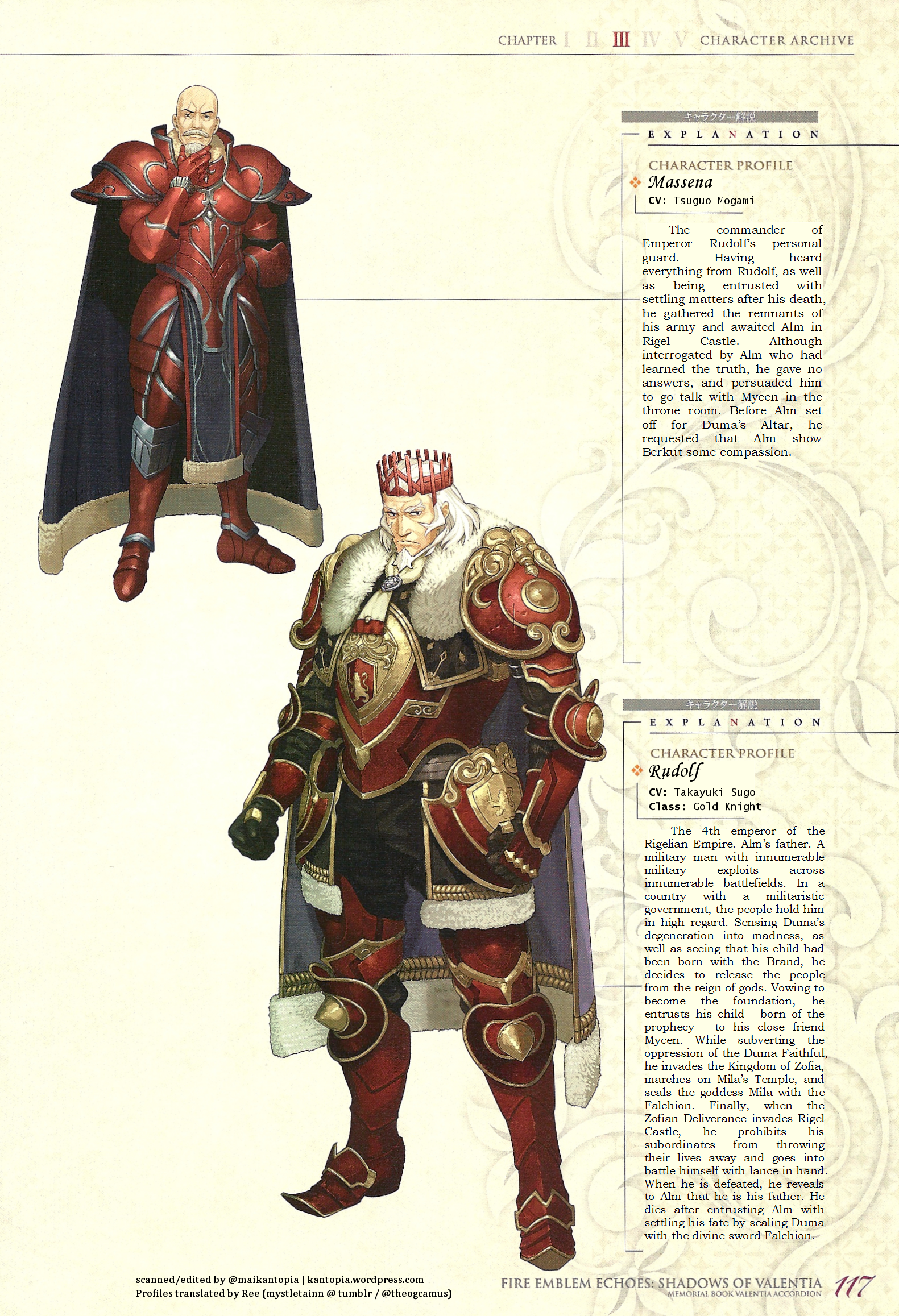 The commander of Emperor Rudolf’s personal guard. Having heard everything from Rudolf, as well as being entrusted with settling matters after his death, he gathered the remnants of his army and awaited Alm in Rigel Castle. Although interrogated by Alm who had learned the truth, he gave no answers, and persuaded him to go talk with Mycen in the throne room. Before Alm set off for Duma’s Altar, he requested that Alm show Berkut some compassion.

The 4th emperor of the Rigelian Empire. Alm’s father. A military man with innumerable military exploits across innumerable battlefields. In a country with a militaristic government, the people hold him in high regard. Sensing Duma’s degeneration into madness, as well as seeing that his child had been born with the Brand, he decides to release the people from the reign of gods. Vowing to become the foundation, he entrusts his child – born of the prophecy – to his close friend Mycen. While subverting the oppression of the Duma Faithful, he invades the Kingdom of Zofia, marches on Mila’s Temple, and seals the goddess Mila with the Falchion. Finally, when the Zofian Deliverance invades Rigel Castle, he prohibits his subordinates from throwing their lives away and goes into battle himself with lance in hand. When he is defeated, he reveals to Alm that he is his father. He dies after entrusting Alm with settling his fate by sealing Duma with the divine sword Falchion.