A translation of Page 44 of the official Fire Emblem Heroes comic. See all the chapters thus far on the compilation post here! 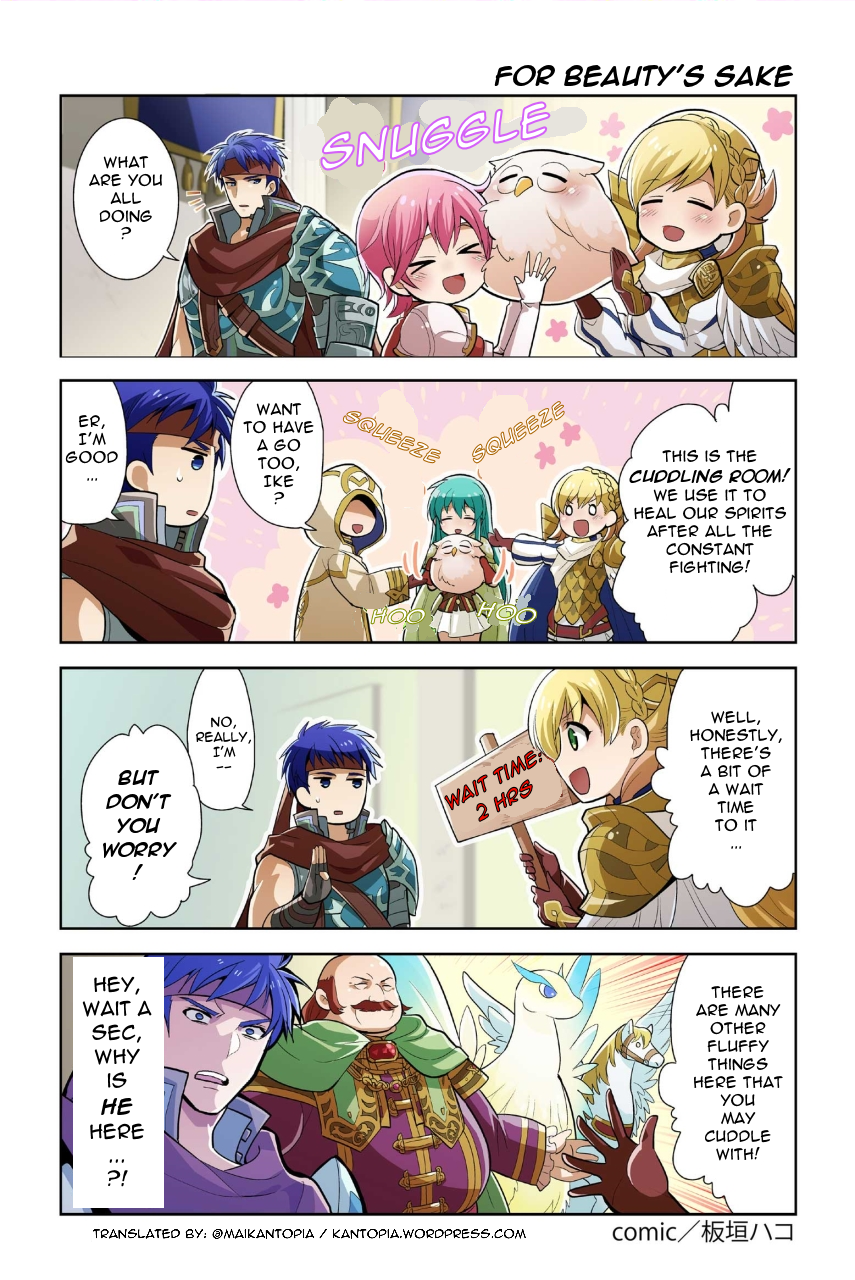 The title literally translates to something more like “For Heaven’s Sake,” but I wanted to play with the title a bit. Originally I went with “Because He’s Perfect,” which came from playing with the words that answers Ike’s question at the end. But it was a bit too much of creative liberty/stretch! 頼むから (たのむから /tanomukara) is used as a pleading phrase, but if you take it as 頼む (verb for rely on) から (an indication of reason) you get silly fun with the reason Oliver is here.

Of course, this is not a purposeful pun, and is a stretch because 頼む itself would not be in this form if they were using it to mean reliable in that sense, so it is highly likely it is indeed just the pleading phrase.

So instead looking at “For Heaven’s Sake,” I instead went for a joke that revolves around Oliver.

Also, he originally addressed Oliver in second person (“What are you doing over there?!”), and, while it may be obvious to some, others may be confused who he is posing this question too. So the third person was used.