This portfolio-blog is practically a Fire Emblem blog as well. So here are some brief thoughts and musings I have on the direct that went live today. See it above (that is specifically for North America. I provide Japan and UK below). 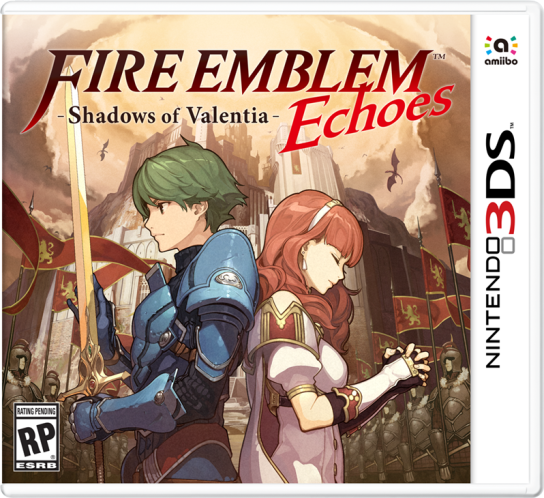 I had been iffy about remaking Fire Emblem games, though it’s nothing new, considering Shadow Dragon and Heroes of Light and Shadow are both remakes of older games. It was mostly the new trend in FE games (avatar, marriage, children) that had me worried that it may be forced into previous games, so I was hoping they would shy away from doing this to the older games.

But, so far, this was a pleasant surprise. Poised to be a full-on remake of Fire Emblem: Gaiden. The narration implies that it will be staying true to what made Gaiden what it is.

It was nice seeing a new artist on board, too. The character designs are notably different than Yusuke Kozaki’s art for Awakening and Fates.

This time we have “Hidari” (meaning left side, or in her case, left handed) which should bring a fresh approach to characters and their looks, even if these characters will be based on previous designs.

So, I hope the children and marriage mechanic is not forced into it, and that it truly is a remake in all forms. Avatar is another issue that should be kept out, considering the focus on the two characters. Even FE12 had an avatar added with mixed response, so let’s see if they learn from that.

It is worth noting that Gaiden featured a lack of weapon durability which Fates followed after. I suppose it is fitting they use similar engines.

Another pleasant surprise is the localization aspect. For once, the NA/PAL release seems to be just about a month after the Japanese one. Usually the wait is 6+ months for NA and sometimes even longer for the PAL regions.

There are mentions of DLC. Some wonder how that may work for a remake of a game, but let’s not forget that Heroes of Light and Shadow (FE12) was a remake that featured DLC episodes to expand on the newer side stories (involving Katarina and co). So that is nothing new. It should be interesting to see what they expand upon in this game!

Two amiibos for the main characters is a nice touch, too! Japan is getting a special edition with the game too, as quoted from Nintendo Everything:

– Copy of Fire Emblem Echoes
– A Fire Emblem 0 limited card of Alm with drawn illustration
– Download serial to get an extra DLC set that will be available as soon as it’s published
– Sound Selection Echoes: A CD that contains both music from the original Gaiden game in NES and the arranged versions in Echoes

It’s also interesting to note that there is a special edition that you can get all the bonuses without the game itself, also priced at 6980 yen (~60 USD). I would love to get this mainly to translate the artbook for fans!

All in all, it’s looking good, and the poll I created on twitter so far has most people excited for this one. It makes sense, as we know quite a bit about it now.

Lastly, a remark on the title. If it is Fire Emblem Echoes, does that mean there will be other remakes? “Shadows of Valentia” is a subtitle after all. So it is a point to ponder. If so, what would be next? FE4 is the game that could actually work properly with children, considering it actually had a system that implemented them quite well without being forced, considering the story revolved around it.

A lot of people I know wanted a “console” release for the game, so here it is. As they said, a whole new game for the Switch marks Fire Emblem‘s return to the home console. Not much was given beyond that, as it is said to be far away.

FE9/10 were quite wonderful as final console games, so whether or not this will be as epic remains to be seen. I look forward to seeing the character designer and setting for the story, and hope it will be more classical than the recent games have been.

This was announced last week at the Switch conference, and we get a slightly better look at Chrom tearing up a crowd of enemies, as expected of the Warriors series of games.

There was still not much more said about it beyond that, however. Personally, I am not a fan of the Warriors games so cannot comment on it too much. I am familiar with the character selection variety and gameplay as shown in Hyrule Warriors. But the issue comes down to who will get chosen and who will not. After all, there is such a variety in Fire Emblem games when it comes to characters compared to the Zelda games. It will be interesting to see how they tackle this challenge.

Releasing on New 3DS is a fun choice to have, too. It remains to be seen whether there will be differences or not.

I highly recommend checking out “Jedisupersonic’s” view on the matter, as he is both a fan of Fire Emblem and Warriors games. His thoughts lay out what to expect and other things to ponder rather well:

We finally get to see the mobile game, and, as many fans expected (and some feared), it does seem to be a gacha -like game. Collectors like me are in trouble!

It is the nearest to release of announcements that were given, so the most information is available on it. The pre-register is even live today for Google Play.

It seems to have a story to it too, but will likely involve a lot of dimension hopping with how summoning works and all that. Whether the story will be an in-depth one or not remains to be seen.

We already get a glimpse of all sorts of characters appearing in the form of summoned heroes. The three new characters are drawn clearly by Yusuke Kozaki (Awakening and Fates), but it was pleasantly refreshing to see a variety of other artists pitched in to draw all the older heroes. They seem to come with voices too, which may be good and bad depending on if the voices fit what you imagined for each character (Lilina’s english is a little high, isn’t it?)

The gameplay does seem more simplified, and so far seems free. The money will likely come from the micro-transactions involved in collecting all these characters.

Speaking of characters, the main website has several characters already shown with their artwork. Four new characters appear, with series “mascot” Anna as another character who seems to have an important role in the game. It makes sense considering it is a series’ mash-up.

Alfonse, Sharena (seems to be シャロン Sharon in Japanese), Veronica, and “The Mysterious Man” seem to be the new characters to the game. All have designs reminiscent of the latest games in the series, which will probably be appealing to those who are fans of the design/designer.

Alfonse and Sharena seem to lean toward “good” in their descriptions, with Veronica leaning the other way. The Mysterious Man will likely be a wildcard relevant to the story, mostly. Whether it is a character from the past or not is probably part of the mystery.

Marth, Tiki (young), Roy, Lyn, Lucina, Robin (male), and Takumi are some of the others shown (poor FE8 gets shafted here again when it comes to introductions). Though, Eirika is shown on the large display artwork at the top of the website (and shown below on this blog), so I’m sure these are just some introductory characters.

It’s notable that in the trailer, primarily Awakening and Fates characters were shown. Probably due to being the characters a large part of the fanbase (both old and new) would recognize as opposed to older characters.

Voting is currently underway as of this writing. Vote for who you want to see in the game. Take a wild guess who I picked for Day 1.

Lastly, officially localized names are provided for characters who were unclear before. A list will come soon! Curiously, Blazing Sword is now Blazing Blade. I guess it works with Binding Blade … so that’s pretty cool.

So the game should be interesting. It will likely have multiple language options, as the main website itself does and the game sees to a worldwide release. So there is something for everyone in there indeed!

So what are your thoughts on these four games? Hopes? Expectations? Disappointments? I would love to hear your thoughts. I kept mine as brief as I could!

I will keep an eye on the weekly Famitsu to see if any more FE info will be coming along the way and hope to translate those like I used to. Likewise, I will see into raising donations to get a copy of the Special Edition for Echoes in order to translate the design book!