Today’s profiles were translated by VincentASM of serenesforest.net! A big thank you to them. 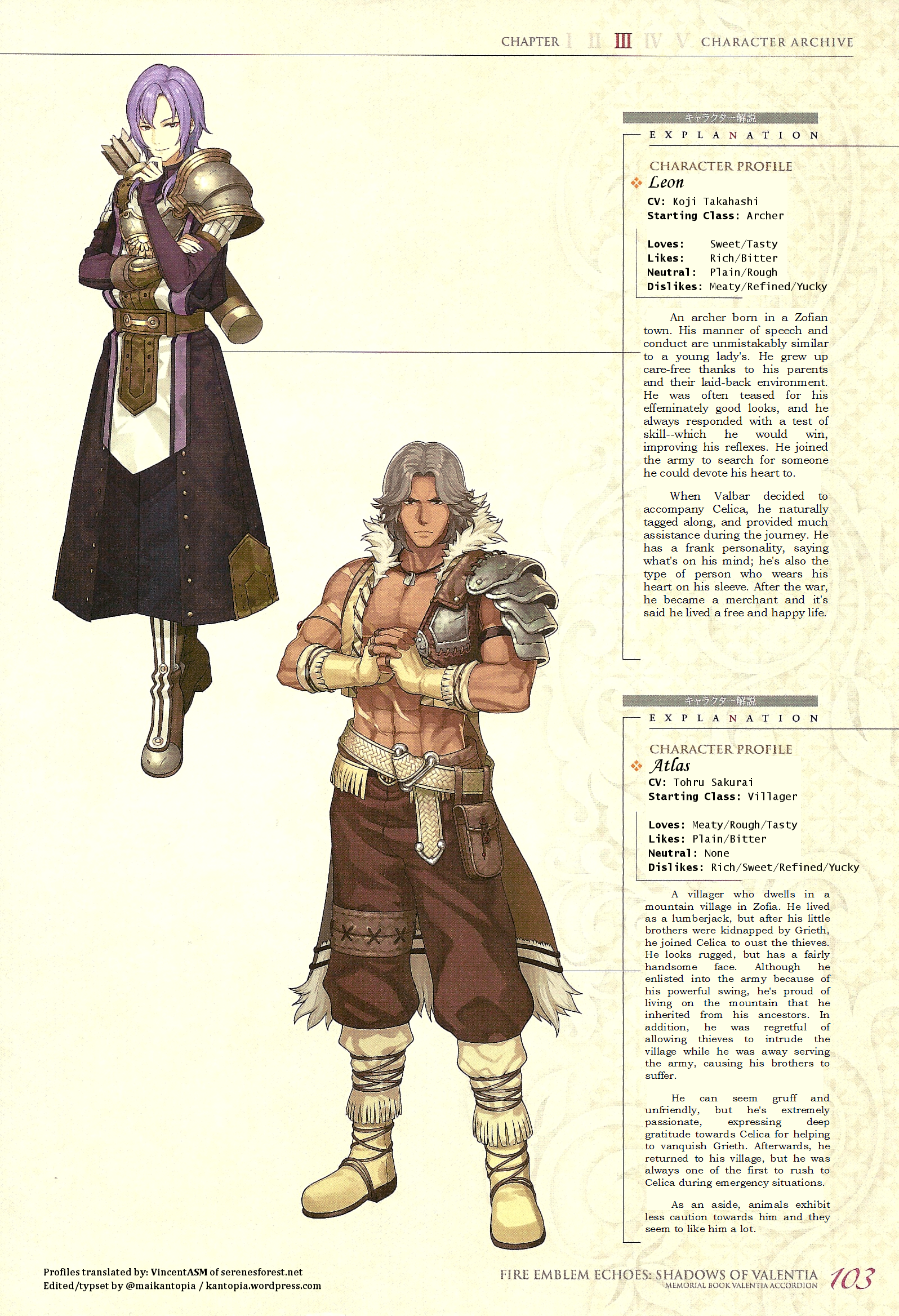 An archer born in a Zofian town. His manner of speech and conduct are unmistakably similar to a young lady’s. He grew up care-free thanks to his parents and their laid-back environment. He was often teased for his effeminately good looks, and he always responded with a test of skill–which he would win, improving his reflexes. He joined the army to search for someone he could devote his heart to.
When Valbar decided to accompany Celica, he naturally tagged along, and provided much assistance during the journey. He has a frank personality, saying what’s on his mind; he’s also the type of person who wears his heart on his sleeve. After the war, he became a merchant and it’s said he lived a free and happy life.

A villager who dwells in a mountain village in Zofia. He lived as a lumberjack, but after his little brothers were kidnapped by Grieth, he joined Celica to oust the thieves. He looks rugged, but has a fairly handsome face. Although he enlisted into the army because of his powerful swing, he’s proud of living on the mountain that he inherited from his ancestors. In addition, he was regretful of allowing thieves to intrude the village while he was away serving the army, causing his brothers to suffer.
He can seem gruff and unfriendly, but he’s extremely passionate, expressing deep gratitude towards Celica for helping to vanquish Grieth. Afterwards, he returned to his village, but he was always one of the first to rush to Celica during emergency situations.
As an aside, animals exhibit less caution towards him and they seem to like him a lot.