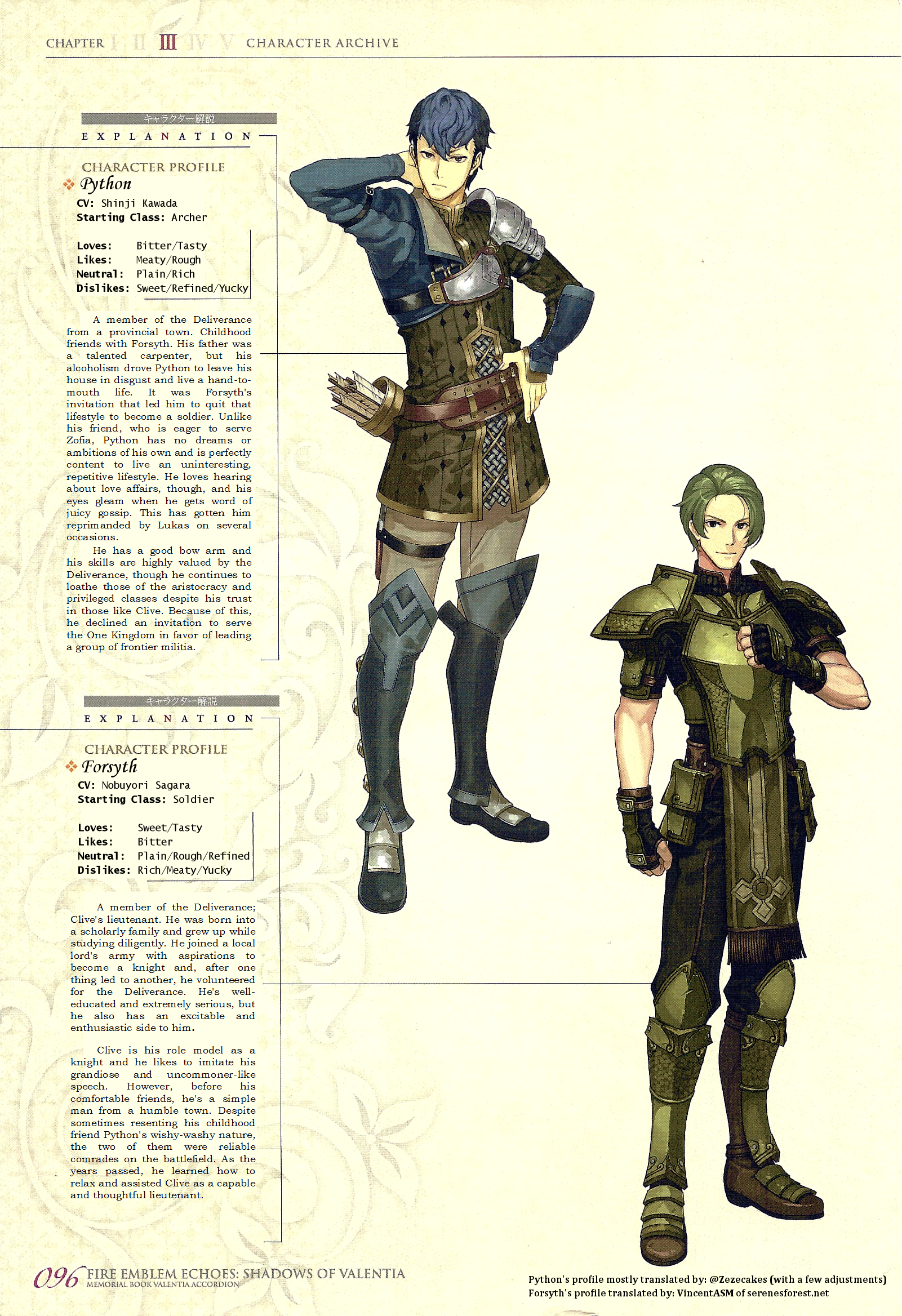 A member of the Deliverance from a provincial town. Childhood friends with Forsyth. His father was a talented carpenter, but his alcoholism drove Python to leave his house in disgust and live a hand-to-mouth life. It was Forsyth’s invitation that led him to quit that lifestyle to become a soldier. Unlike his friend, who is eager to serve Zofia, Python has no dreams or ambitions of his own and is perfectly content to live an uninteresting, repetitive lifestyle. He loves hearing about love affairs, though, and his eyes gleam when he gets word of juicy gossip. This has gotten him reprimanded by Lukas on several occasions.

He has a good bow arm and his skills are highly valued by the Deliverance, though he continues to loathe those of the aristocracy and privileged classes despite his trust in those like Clive. Because of this, he declined an invitation to serve the One Kingdom in favor of leading a group of frontier militia.

A member of the Deliverance; Clive’s lieutenant. He was born into a scholarly family and grew up while studying diligently. He joined a local lord’s army with aspirations to become a knight and, after one thing led to another, he volunteered for the Deliverance. He’s well-educated and extremely serious, but he also has an excitable and enthusiastic side to him.

Clive is his role model as a knight and he likes to imitate his grandiose and uncommoner-like speech. However, before his comfortable friends, he’s a simple man from a humble town. Despite sometimes resenting his childhood friend Python’s wishy-washy nature, the two of them were reliable comrades on the battlefield. As the years passed, he learned how to relax and assisted Clive as a capable and thoughtful lieutenant.