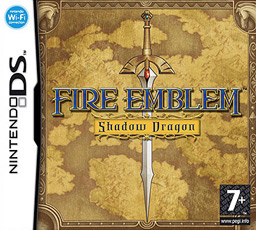 Thanks to the tireless work of Elieson over on serenesforest.net, we can take a look at the break downs by game! Today we will focus on FE1/11 (which were combined on the official poll), and FE3/12 (which too were combined). The games will be referred to as Shadow Dragon and Mystery of the Emblem for simplicity. Combined, they form the Archanea Saga of games.

The top scorers in this game are somewhat expected. Indeed, as Intelligent Systems has plenty of the top scorers already in Fire Emblem Heroes.

A point worth noting is this Marth made it to the top 10 male characters and 12th overall –with Caeda as 52nd overall right after, showing the great difference between Marth compared to other characters of the game.

This is perhaps due to his status as a “face” of the series as a whole, as well as his continued presence in the Smash Bros. series –which the rest of the characters in this game lack.

Tiki’s Awakening appearance (grown up) scored much higher than she did here, and is likely where those voting for her put their votes (considering she got more than double there), explaining her relatively lower numbers here.

Next let’s look at the sequel and how it fared.

An easy explanation for this is simply the fact neither rendition of Mystery of the Emblem saw release in the west. The games have remained Japan only, so would likely have a minority of votes from western players who had played it. As such, perhaps it leans on Japanese tastes more, explaining Tiki’s boost and Caeda’s drop, as well as low overall votes.

Shadow Dragon conversely saw more votes for its characters as the remake (FE11) was released worldwide, so players would likely vote for Shadow Dragon despite the characters in both games being more of the same.

Lastly, we take a look at combined numbers between the two games!

The combined numbers obviously skew things back in Shadow Dragon characters’ favor. Caeda for instance comes out on top of Tiki here once again thanks to the bolstered numbers. Mystery/New Mystery of the Emblem characters take a hit as they only have one set of numbers to support them.

As usual, these combined numbers are just for reference and curiosity sake, as there are many factors that come into play here!

Shadow Dragon and its characters outperformed the sequel’s cast in almost every way when it came to votes. A major reason is simply the fact the former had a worldwide release while the latter was Japan only.

Marth was the most significant, considering that in overall ranks, the second place in both games was much farther down the list. This is likely thanks to his “series’ face” status as well as Smash Bros. presence.

That covers those two games! Tomorrow we take a look at the lowest scoring Gaiden! Stay tuned!