Spoiler warning: This article involves info about a late-game A support conversation in Three Houses.

Yesterday I looked at how one of Bernadetta’s lines in her B support with Byleth changed in the 1.0.2 patch for Three Houses. The JP had remained the same, yet it was an odd situation where the English changed for some reason.

Today, u/entitq on reddit brought up how a change was made in Felix and Annette’s A support conversation as well.

This one was strange compared to yesterday, as a change was made to one of Felix’s lines that is rather inconsequential, yet completely different to the Japanese this time. Let’s take a look:

First a side by side of the text. (Please refer to the “reference” section of this post to see the reference images used).

Note that the JP text did not differ before or after the patch:

I translated 踏み台 as “stool” but it can also be “ladder.”

But then we look at the post patch localization, and have something completely different from both the original English and Japanese.

This is rather bizarre, as I could not think of any immediate reasons this may have been changed, or needed to be changed.

However, it is possible, when looking at the wider conversation in English and Japanese, that the reference to Annette being “up there” (on a stool, ladder, or whatever) was not really touched upon, beyond her saying the following:

“I need the books up on that shelf up there, but I can’t reach them.”

This line appears more or less the same in JP as well with the same meaning. It may imply she was singing (and dancing) up on something to try and reach said books, further solidified by Felix’s comment. However, the fact the player can view the 3D models interacting in a room (where Annette is still on the floor to the viewer), and perhaps the original Japanese (and translation) was thus in awkward contrast to what the reader was experiencing. So perhaps they opted to change it?

After all, by eliminating that “up there” line, one could say Annette’s line without being up on anything.

But as it was just one comment, it is not something I can really imagine time and effort being put into a patch to address.

The new English line sounds like something Felix would say to anyone he is impressed by, really, so may have been an easy voice line to parse together from existing dialogue rather than having to re-record. The new line is just his compliment on her skill, which can fit the conversation fine with little change to the reader, while taking away that potentially awkward initial setup.

I don’t think falling from high places is grounds for any kind of change (as far as I’m aware…), so I doubt this is a content-side worry.

Yet, I cannot imagine they would change a single line of dialogue just to fix a relatively minor issue. So in the end this leaves me pretty baffled (but amused all the same!)

I am beginning to wonder if this game just has someone really picky in editing who is not satisfied with the release version and wants to make changes on things they signed off on before!

Like making a tweet and realizing it could have been worded better, or spotting that really annoying typo that nobody will let you live down…!

It is possible if they were addressing other issues in a patch, they may have decided to add this as a fix too. After all several small issues together can be a big issue (to them) in terms of quality, perhaps, so while patches are available, perhaps they felt they may as well fix them?

For whatever reason, the new English greatly differs from the Japanese and old translation. One possibility is that the reader may find it awkward that she is said to be “up there” yet the character models are shown to be standing on the same level. The line changed to something that can fit the conversation without changing much. But putting time into changing something so relatively inconsequential after release is rather unprecedented, and quite bizarre! Yet another strange change this patch. Can you think of any reasons this may have come to be? 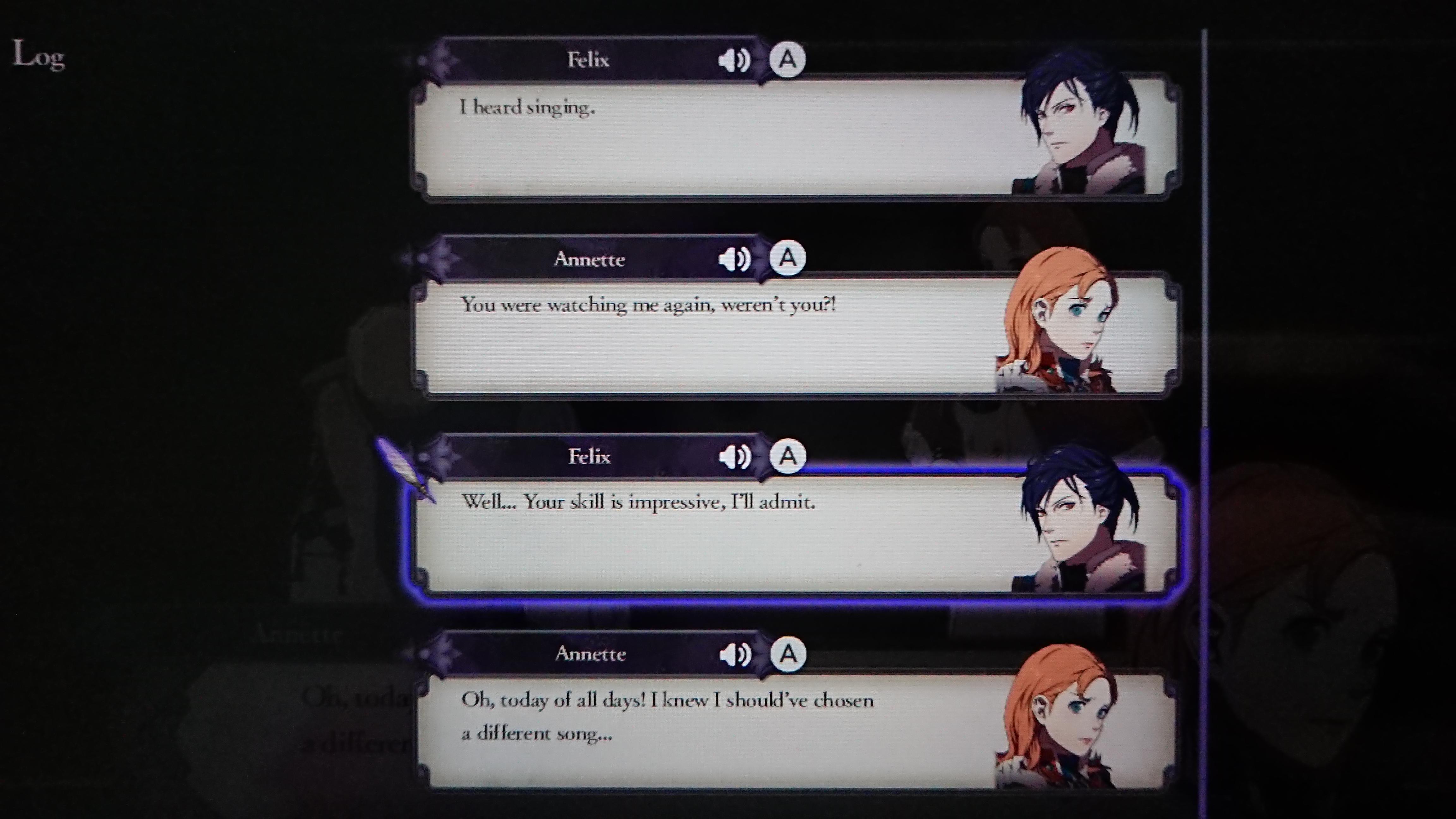 These patch changes are kind of weird, huh? What do you think of all this? Let me know if you spot any other strange changes in the patch!