This post is part of a series on reader requested (and personal curiosity) comparisons between various games’ Japanese and English scripts.

I received this question:

When it is mentioned in the epilogue that Micaiah ceded Talrega to Jill, does it mean full independence or autonomy? As far as I know, to cede means complete independence but maybe the Japanese script is more clear.

Sounds fun to look into! So let’s take a look: 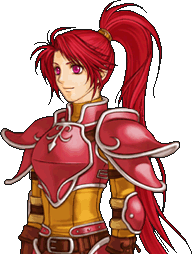 (Note that with Haar’s A support the keywords above don’t change).

Since the reader asked for a very specific request, I made sure to translate the literal meanings where relevant. You can see the words of interest bolded above.

So in Japanese the verb is “entrust,” and Talrega is referred to as a “territory.” The second instance that “territory” appears above, specifically, uses the word “領地” which usually refers to a feudal-style territory in the sense of a “fief.”

The “fief” connotation would imply it is not truly independent, so perhaps “ceded” was a word that gave off the wrong connotations as far as the localization was concerned. It did save a lot of vital space for the epilogue in English (you can see how properly concise the localization is to the literal translation), but in doing so may have misled via an implication that Talrega gained its complete independence and was given back to Jill.

As for “ceded,” Japanese uses the verb “任される” (passive for “to entrust”, so “be entrusted with”). The word has a different connotation than the English one for “ceded,” as it can imply simply took over running that territory as its head much like her father before her, rather than completely owning the territory itself separately from Daein.

So, to answer the reader question: It’s more likely Talrega remains a territory under Daein, but that Jill was in charge of it and helped it prosper!

I will continue to look at fun differences between games. Any dialogue you’re interested in? Let me know in comments or via email!

If you like the comparison work I do (or any other translations I do), please feel free to support me by donating! I do this all on my valuable free time, and so every little donation really helps me out. : )